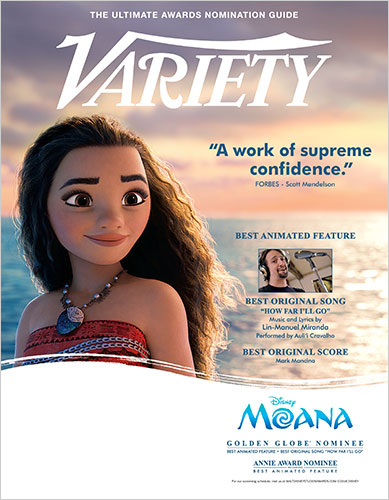 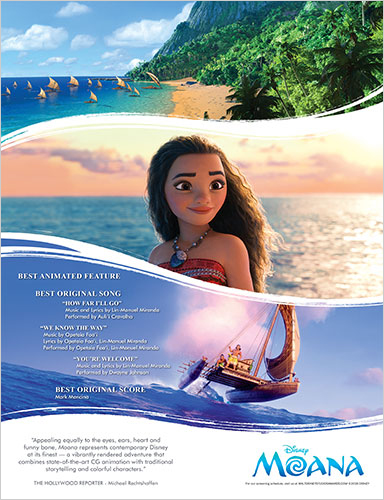 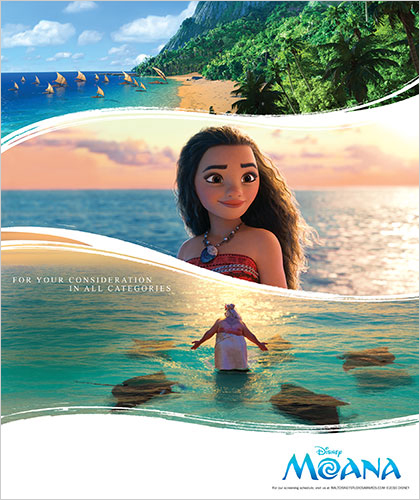 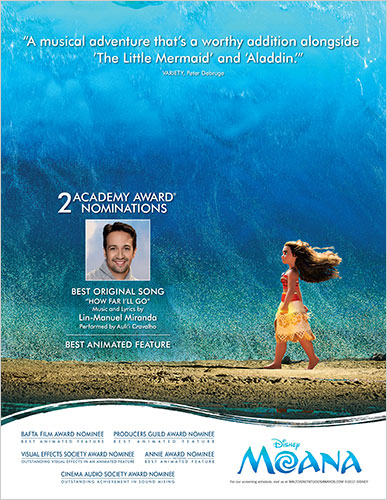 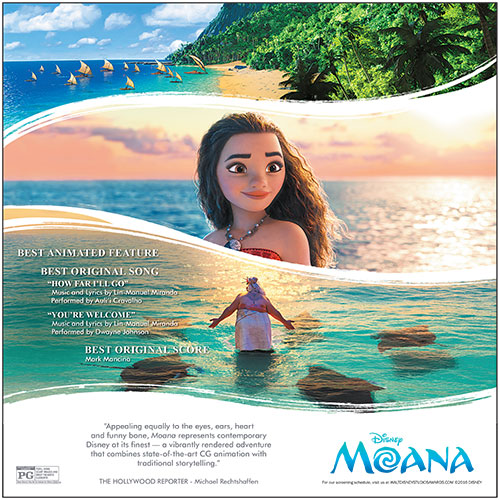 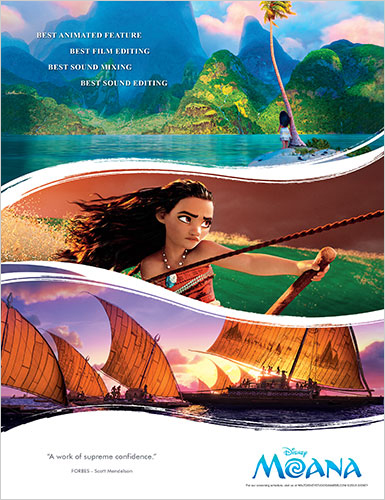 Our assignment was to produce an awards-season campaign for "Moana," utilizing all the key elements from the film's theatrical release. This included a schedule of more than 30 ads for various publications, which THAcreate laid out, proofread and created final color art for.