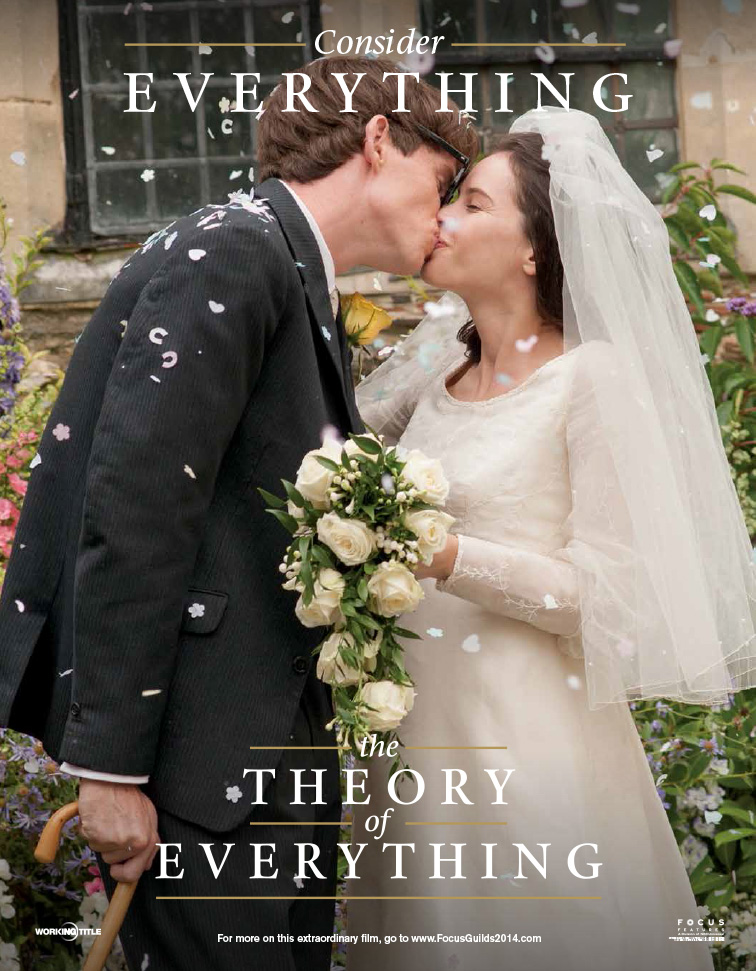 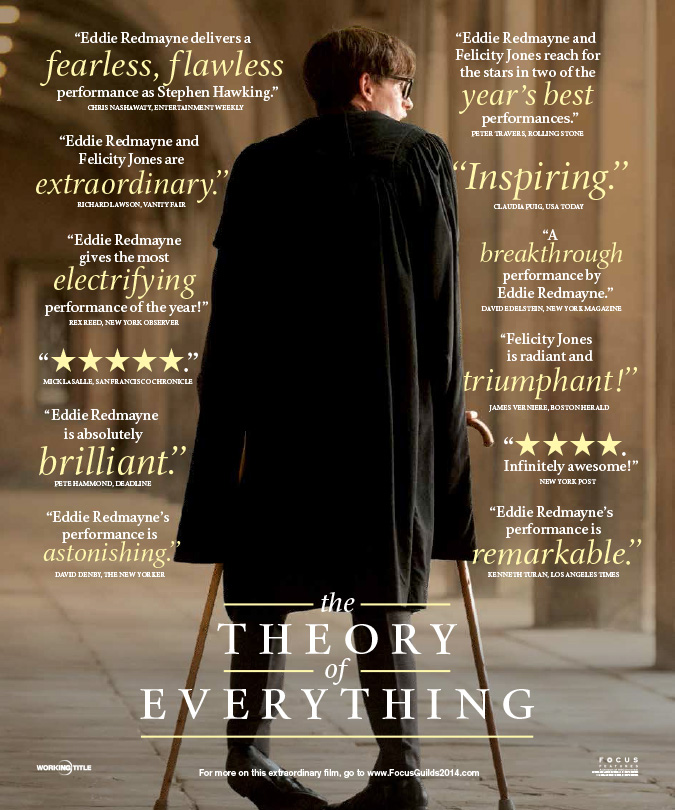 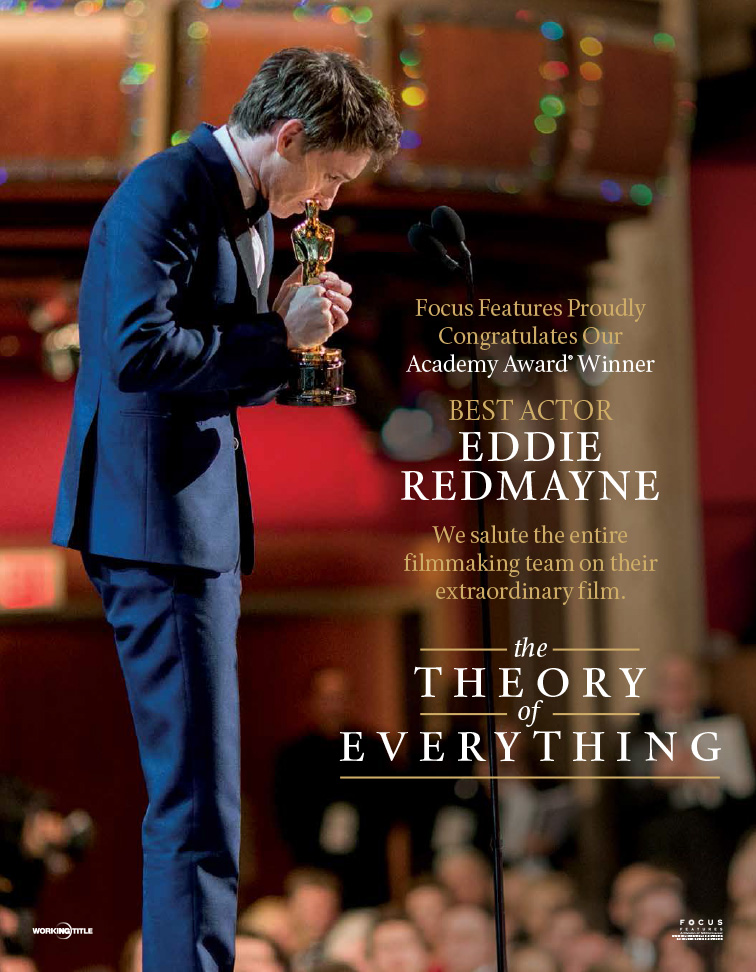 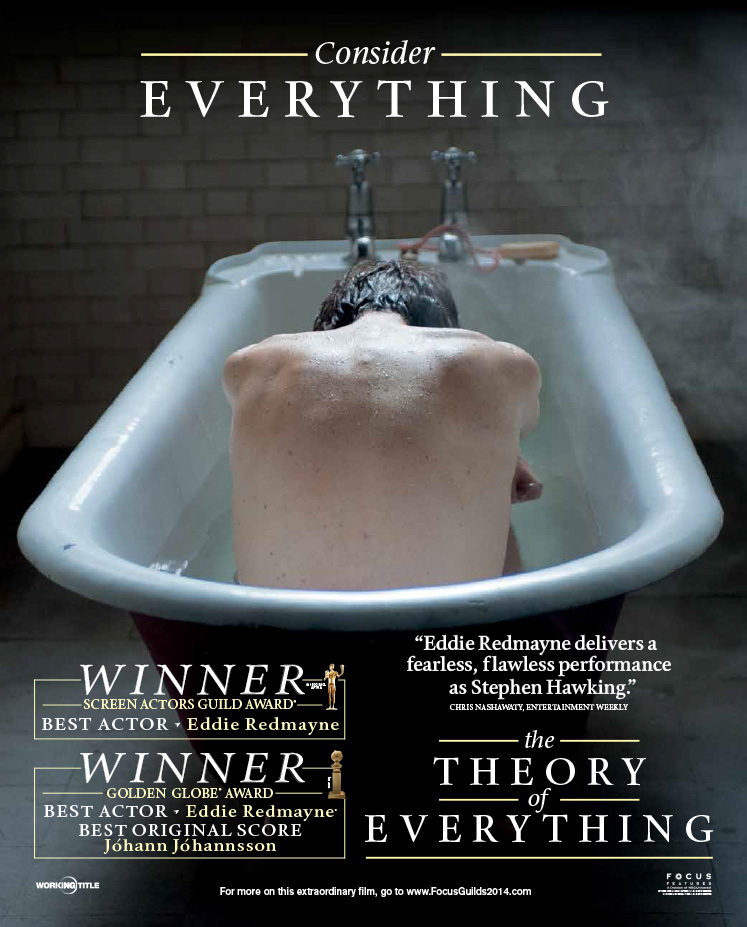 Our assignment was to create a film awards season campaign for The Theory of Everything, which tells the incredible and moving story of Stephen Hawking and his wife Jane. At 21, Hawking learns that he has a motor neuron disease. Despite this—and with Jane at his side—he begins an ambitious study of time, of which he has very little left, according to his doctor. He and Jane defy terrible odds and break new ground in the fields of medicine and science, achieving more than either could hope to imagine.

THAcreate worked closely with our clients at Focus Features to craft a campaign that highlighted the film's amazing performances and artistry. Just as The Theory of Everything shows the passage of time and changes in the couple's relationship, the campaign evolved over several months.

The campaign helped the film garner many awards including 3 BAFTA Awards, 2 Golden Globe® Awards and an Academy Award® for Best Actor.