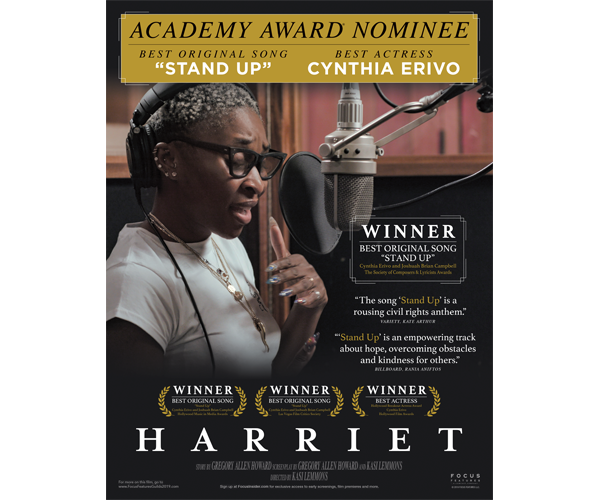 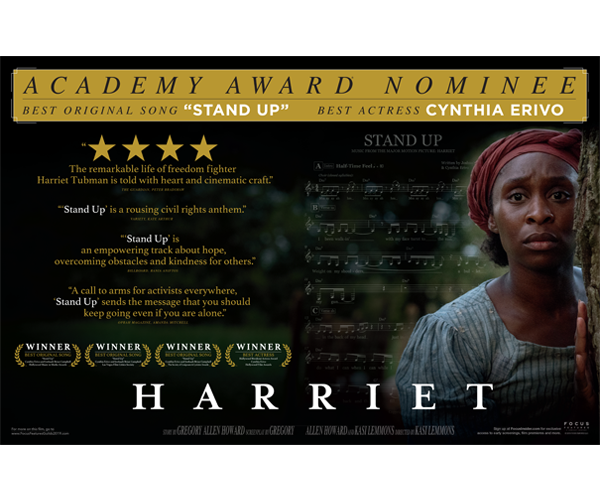 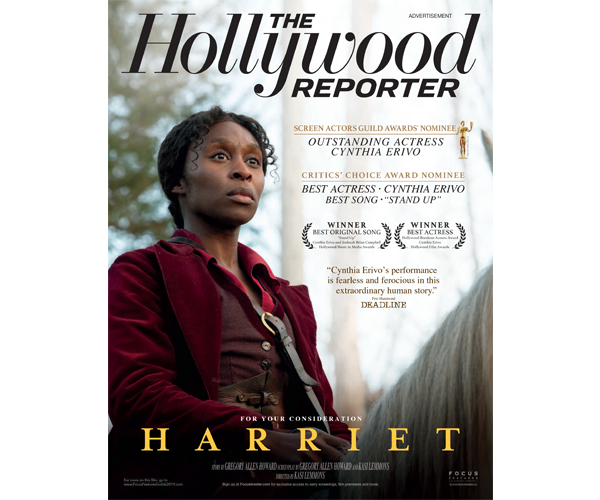 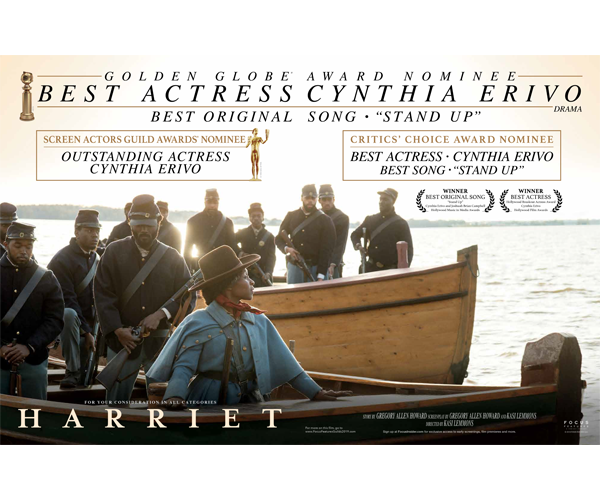 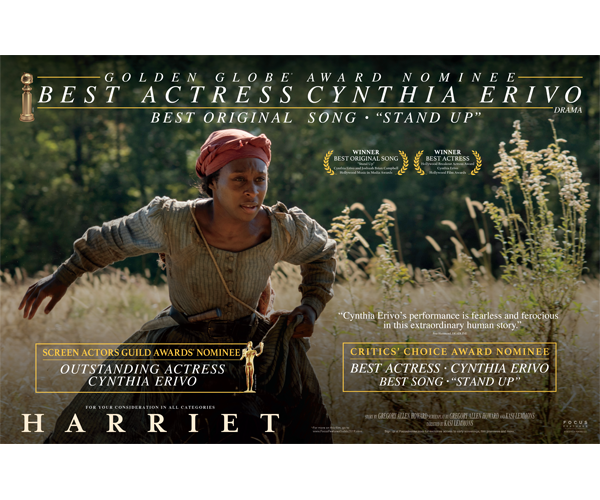 Our assignment was to help create an awards campaign for HARRIET. The film tells the story of heroic abolitionist Harriet Tubman from her escape from slavery through the dangerous missions she led to liberate hundreds of slaves through the Underground Railroad. Directed by Kasi Lemmons, who wrote the screenplay with Gregory Allen Howard, it stars Cynthia Erivo as Tubman, with Leslie Odom Jr., Joe Alwyn, and Janelle Monáe in supporting roles.

THAcreate worked closely with our clients at Focus Features to craft a campaign that highlighted the amazing performances and best original song from the film. The campaign showcased the importance of inclusion and strength of character.