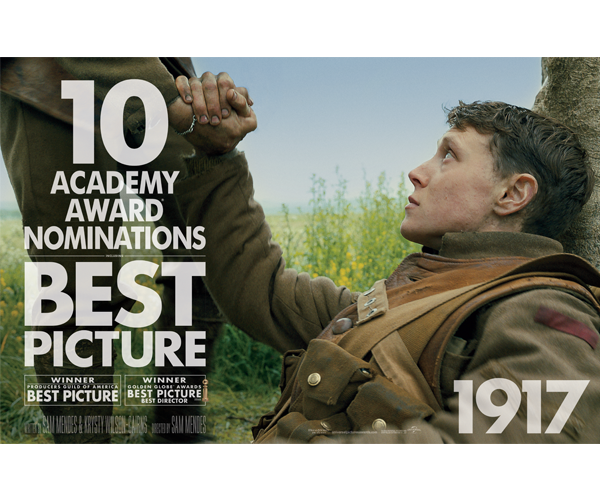 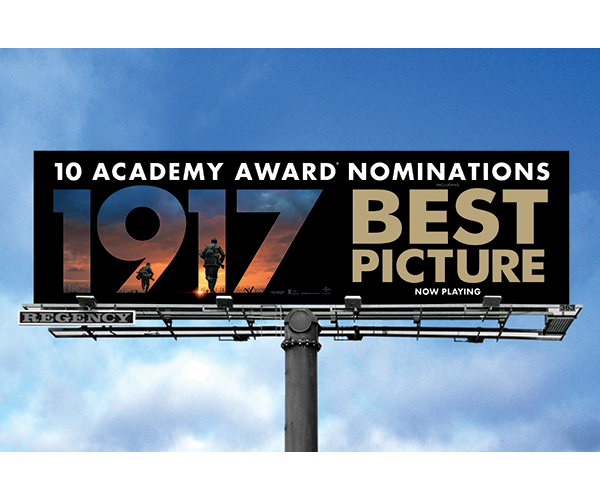 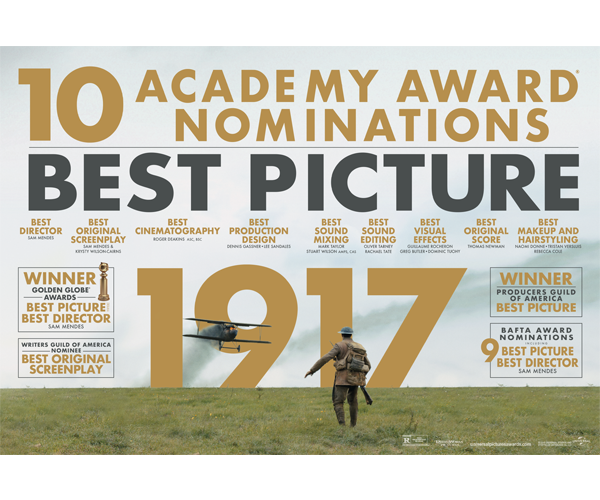 Bringing the difficult subject of World War I to the big screen was an ambitious project for Amblin and Universal Pictures. The Sam Mendes-directed film was a stunning visual feast, and to create and execute a campaign initially focused on the crafts and technical categories was an enormous task. As the critics and guild award wins piled up, Golden Globe victories for Best Director and Best Picture made 1917 an Oscar® frontrunner. The second phase of the campaign grew in scope, featuring large print executions (Trade magazine cover wraps, outdoor billboards and newspaper ads).

THA worked closely with the Creative team at Universal, working on new ad looks and color art preparation that highlighted the film’s incredible cinematography, directing and craftwork. The campaign showcased the groundbreaking elements of every part of the film’s production.