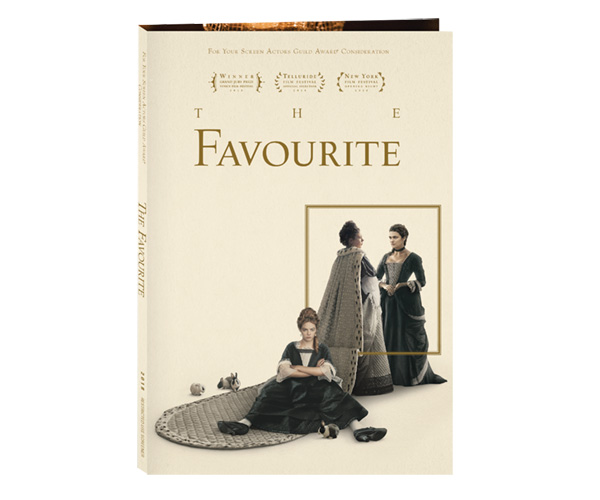 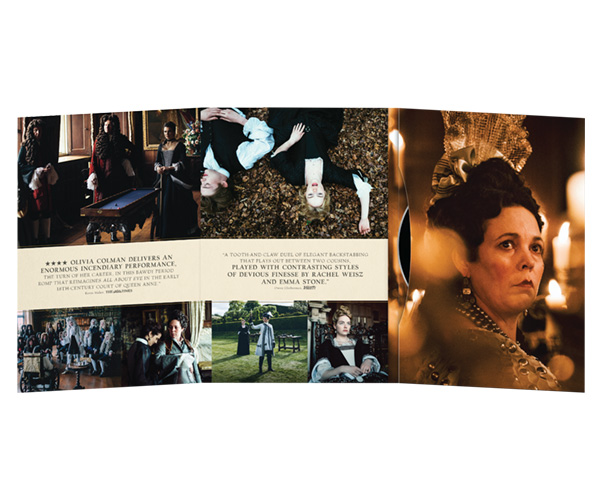 To kick off the awards season for Fox Searchlight Pictures’ THE FAVOURITE, we created special DVD-packaging art for AMPAS, BAFTA, guilds and critics’ groups.

With a campaign fueled by a heavy volume of print ads, THAcreate handled all newspaper artwork as well. Starting in November with holiday sneak ads in the Los Angeles Times and The New York Times, and running right through the Academy Awards in late February, the mission was to showcase the beautiful looks from this masterful film about the quite-eccentric 18th century Queen Anne and her court.

Since THE FAVOURITE was mostly shot in the dark hallways of Queen Anne’s castle, bringing these images to life required extensive retouching/finishing and color proofing, all while ensuring that the type elements were legible over the gorgeous backdrops chosen for the campaign.