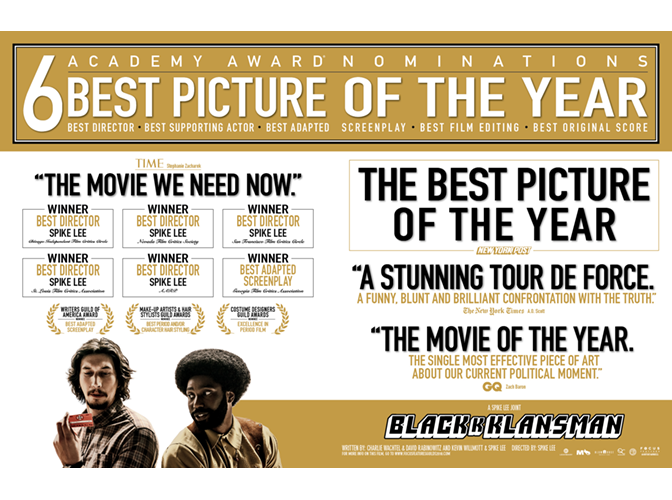 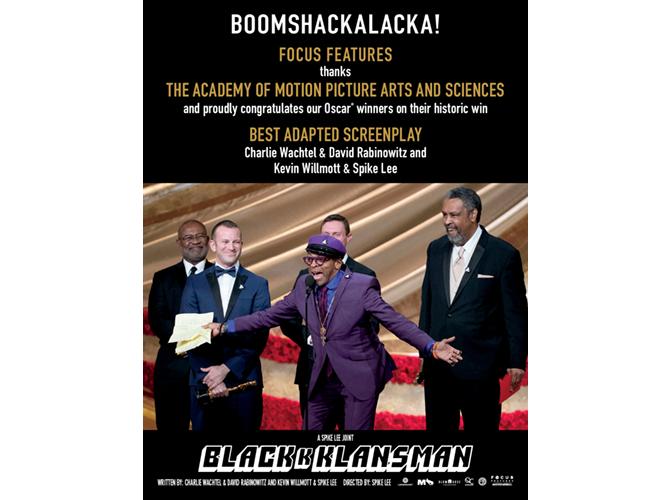 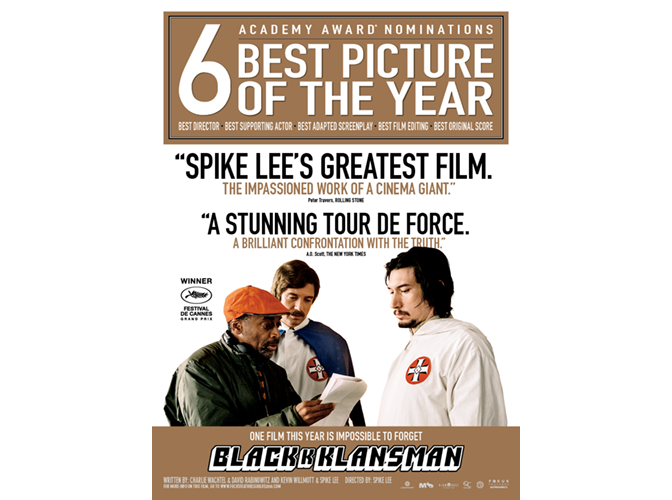 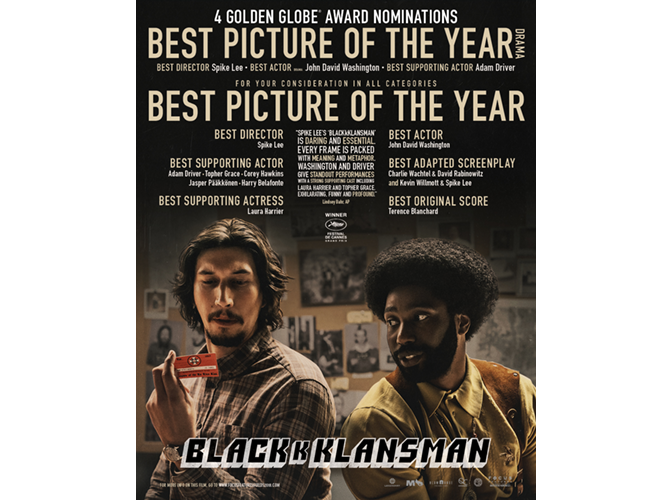 Our assignment was to help create an awards campaign for BLACKkKLANSMAN. Based on actual events, the film tells the story of Ron Stallworth, an African-American police officer from Colorado Springs, CO, who successfully manages to infiltrate the local Ku Klux Klan branch with the help of a fellow officer.

THAcreate worked closely with our clients at Focus Features to provide production and art prep, and eventually original creative for all aspects of the awards campaign (newspaper, trade ads, outdoor, etc.).