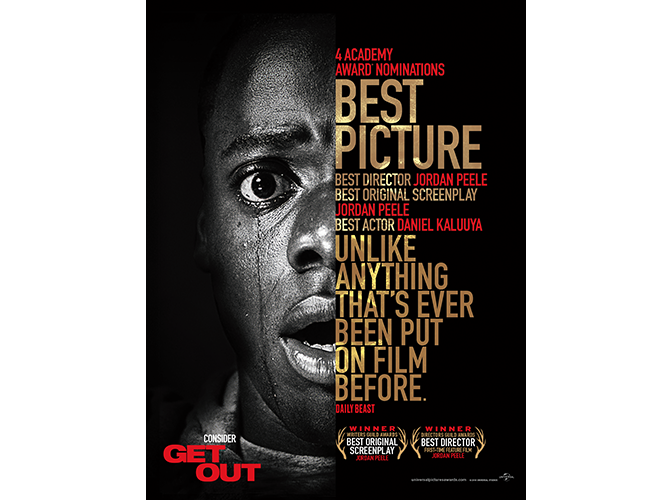 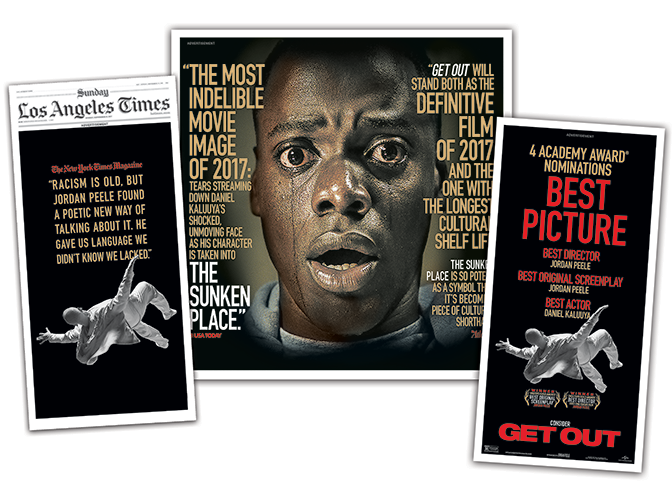 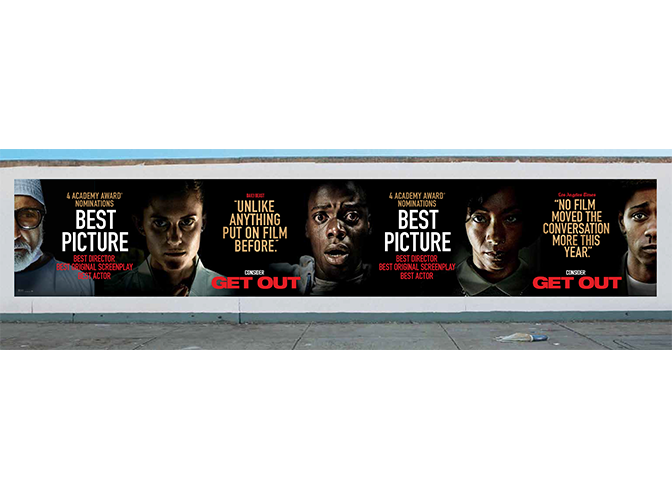 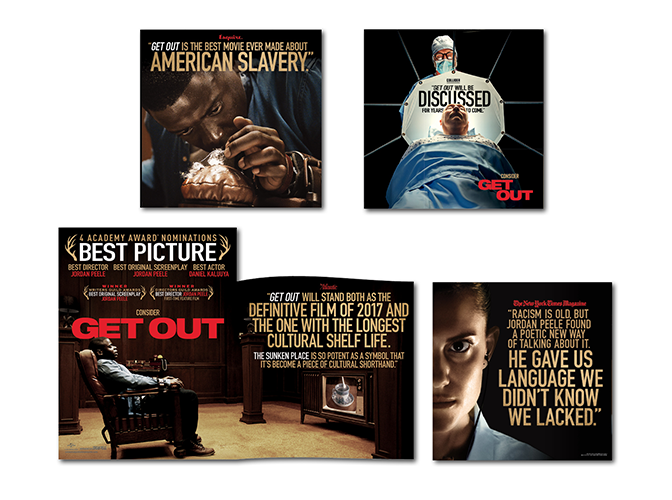 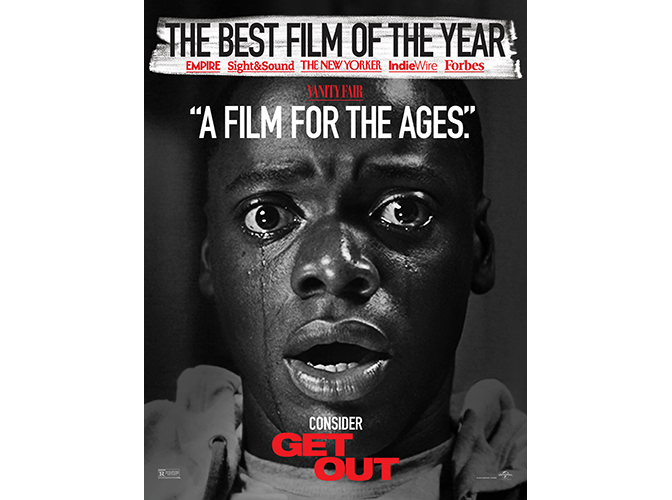 In order to design and produce artwork for the entire 2017-2018 "Get Out" award season campaign, the challenge was to utilize fresh looks and creative ideas for this cutting-edge film. Starting in summer 2017, we began collecting fan art posted to Jordan Peele's Instagram page for a groundbreaking coffee-table book. After producing and testing the final color artwork, the book came out during Phase 1 of the campaign and was resized and redesigned to a 10" x 10" version that topped Variety magazine during Phase 2. We also had to come up with fresh ideas for trade and guild ads, newspaper false-cover wraps and outdoor billboards for both phases of the campaign.

With designers on both coasts coming up with hundreds of comps, winning looks were chosen during the heart of the campaign, championing the film's "Sunken Place" message that had become a cultural icon. With highly visible ads appearing nationwide, nailing the artwork was vital, and our team of designers, retouchers and production artists was up to the challenge.

Many people called this Universal Studios' most creative campaign ever. The film received multiple awards and nominations, culminating in 4 major Oscar® nominations. Writer/Director/Producer Jordan Peele won the Writers Guild of America award for Original Screenplay, the Directors Guild of America award for Outstanding Directorial Achievement of a First-Time Feature Film Director, and ultimately the Oscar® for Best Original Screenplay.