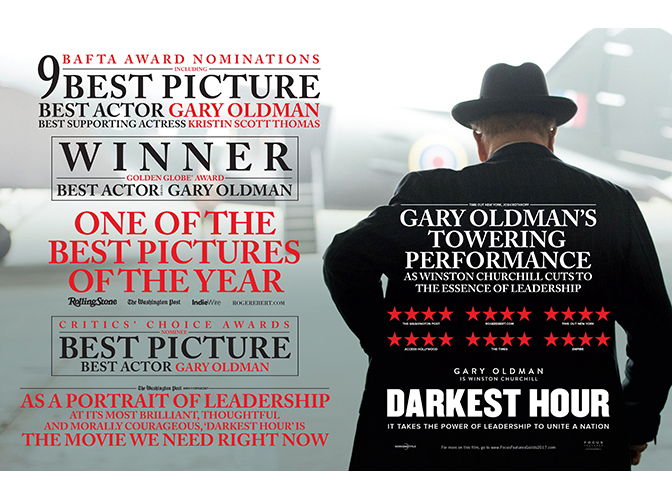 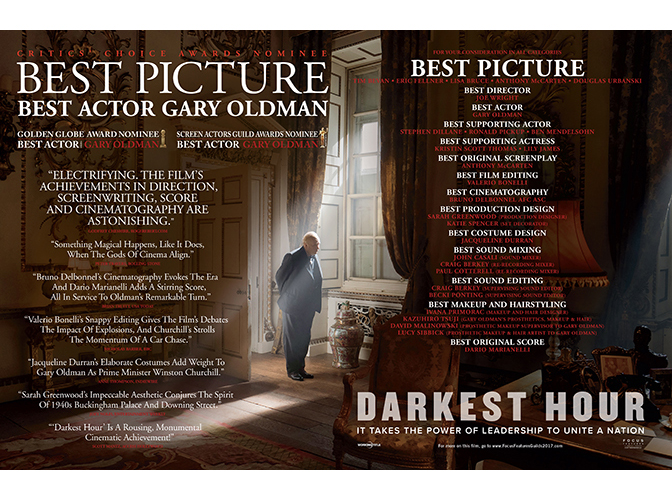 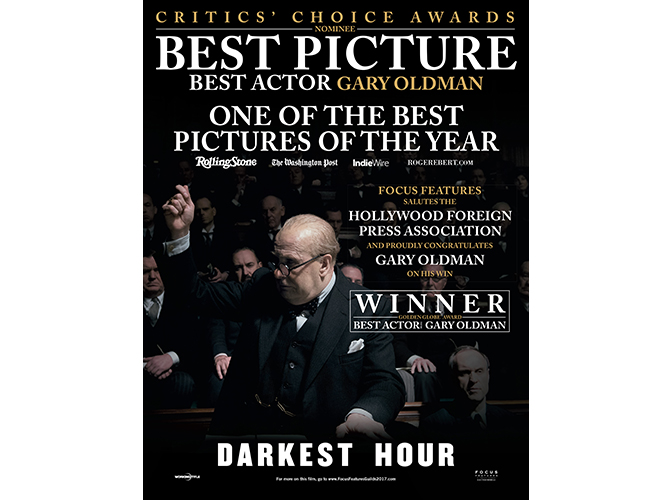 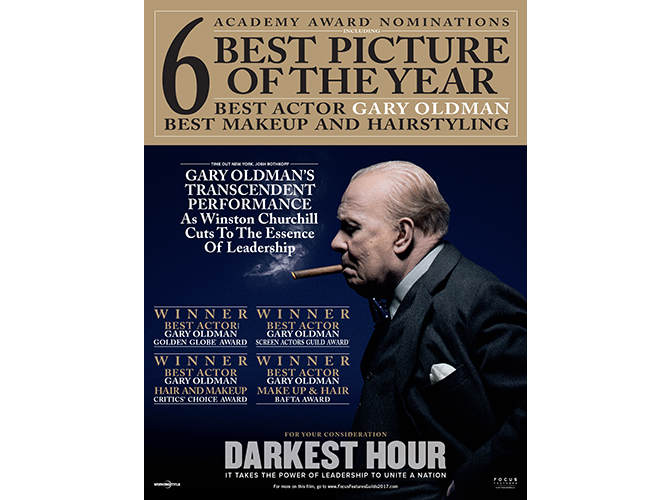 Our assignment was to create an awards campaign for "Darkest Hour". "Darkest Hour" is a thrilling and inspiring true story which begins at the precipice of World War II. Within days of becoming Prime Minister of Great Britain, Winston Churchill (Academy Award® Winner Gary Oldman) must face one of his most turbulent and defining trials: exploring a negotiated peace treaty with Nazi Germany, or standing firm to fight for the ideals, liberty and freedom of a nation.

THAcreate worked closely with our clients at Focus Features to craft a campaign that highlighted the amazing performances and artistry that went into making the film. The campaign showcased the importance of leadership and strong character.

The campaign helped garner many awards including 2 BAFTA Awards, Golden Globe® and SAG Awards for Best Actor, and Academy Awards® for Best Actor and Best Makeup and Hairstyling.