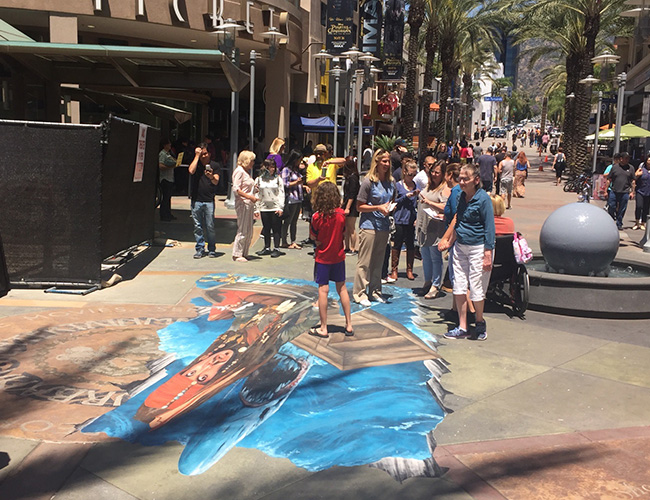 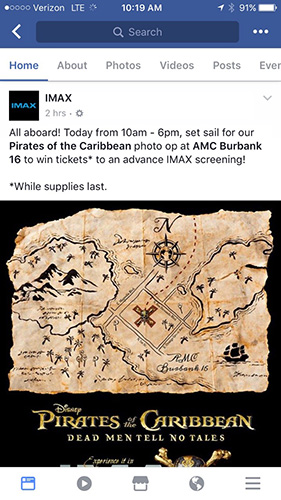 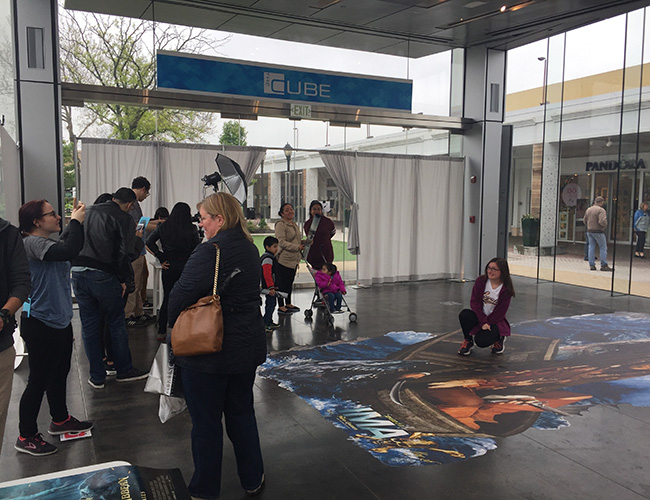 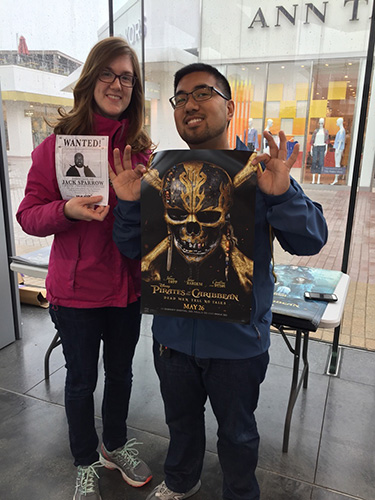 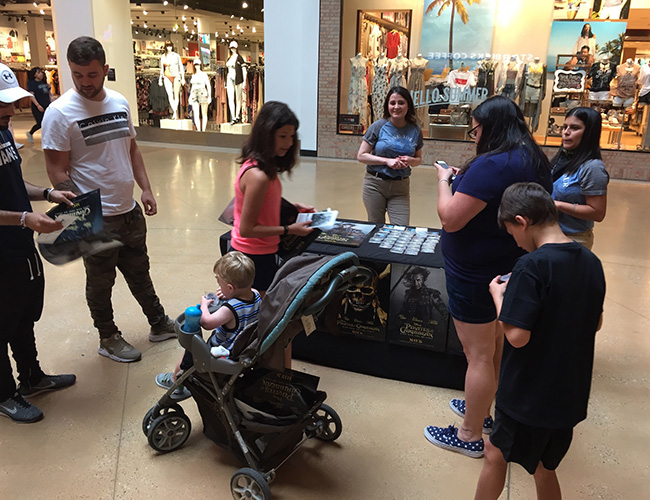 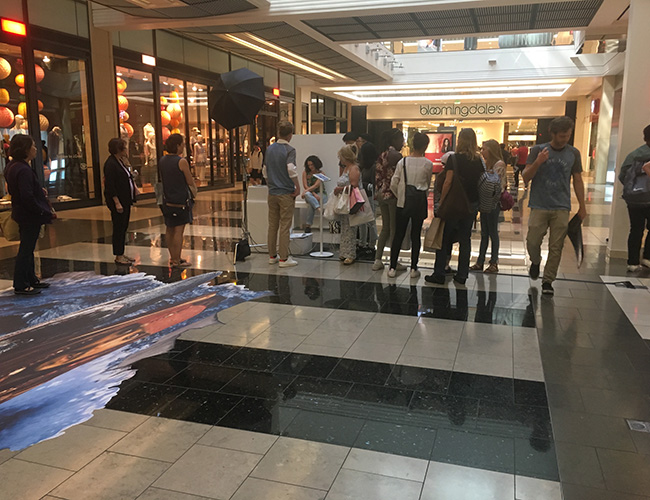 To remind fans how much fun the PIRATES OF THE CARIBBEAN movies are, with activations in multiple cities simultaneously. Our goal was to create eye-catching opportunities for fans and families to take branded photos while interacting with unique installations. We also needed to generate significant social media traffic and promote the IMAX experience for PIRATES OF THE CARIBBEAN: DEAD MEN TELL NO TALES.

The THA Experiential approach was two-pronged. We commissioned talented artists to create 3D-illusion canvases and floor clings, which enabled guests to take pictures capturing them in a sinking boat with Captain Jack Sparrow, as ghost sharks attacked. Our brand ambassadors were on hand to shoot photos and distribute thousands of promotional items.

THA's internal creative team designed a custom "Wanted!" poster frame, which was used in dedicated photo booths, transforming guests into "known associates of the pirate Jack Sparrow." Visitors could share the photos immediately via our social media kiosks and also received a hard copy to show off immediately!

Promotions on Facebook with pirate treasure maps also designed by THA drove many thousands of fans to interact and take pictures with the 3D-illusion installations in Los Angeles, New York, Chicago, San Francisco, Miami and Dallas, all on Saturday, May 20, 2017.