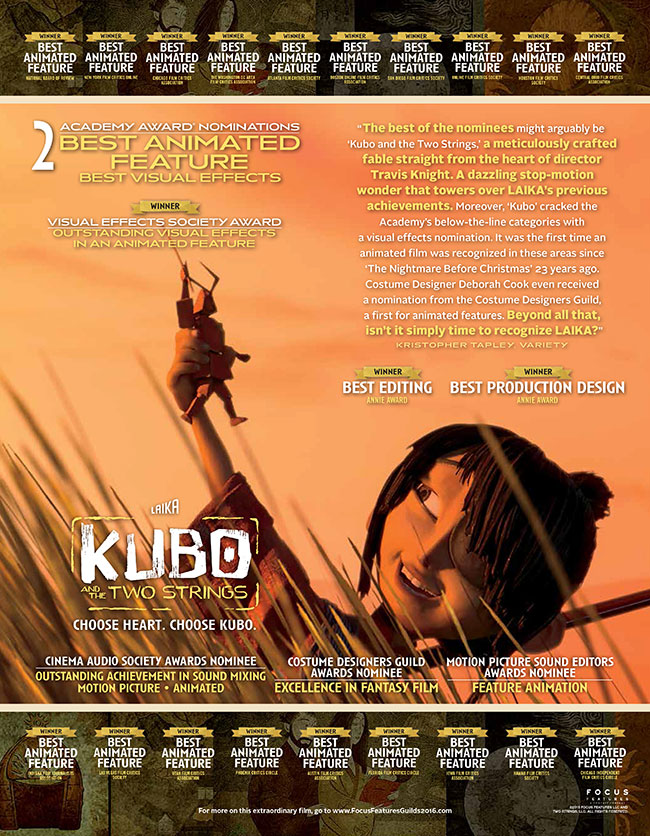 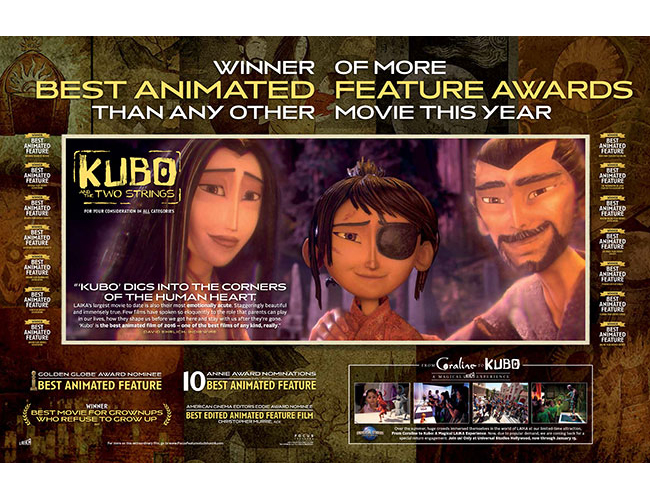 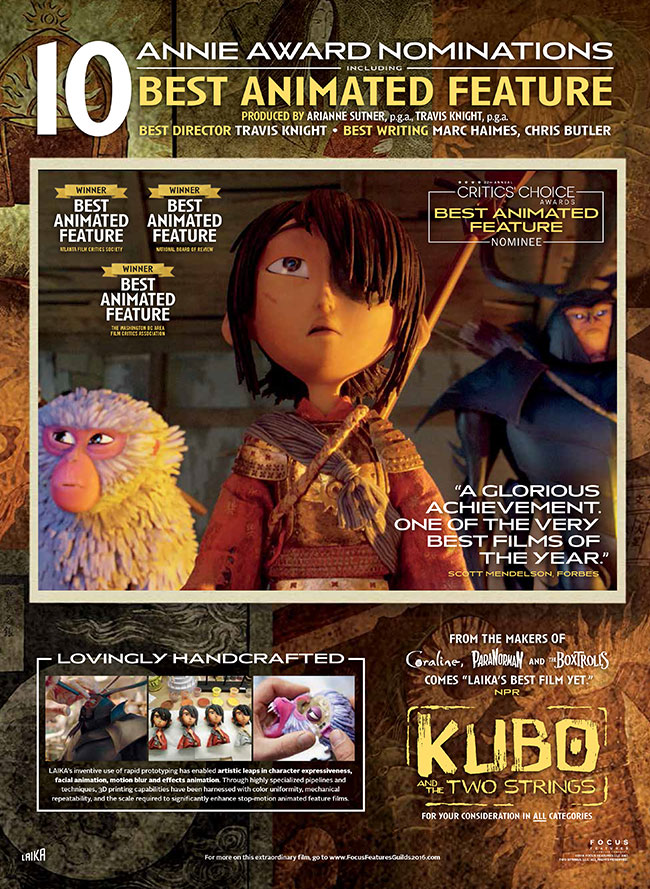 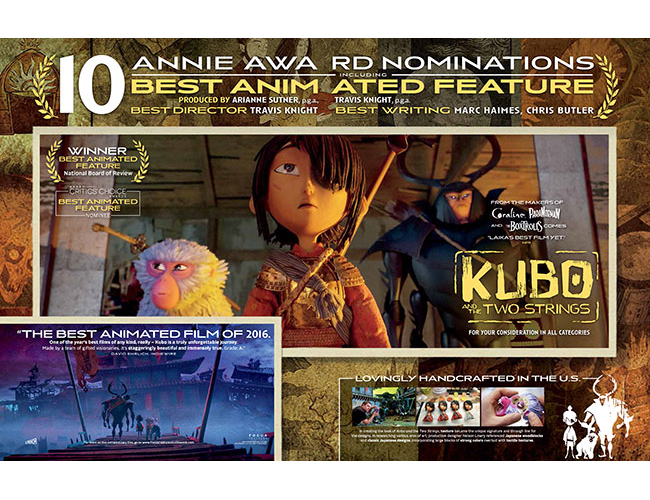 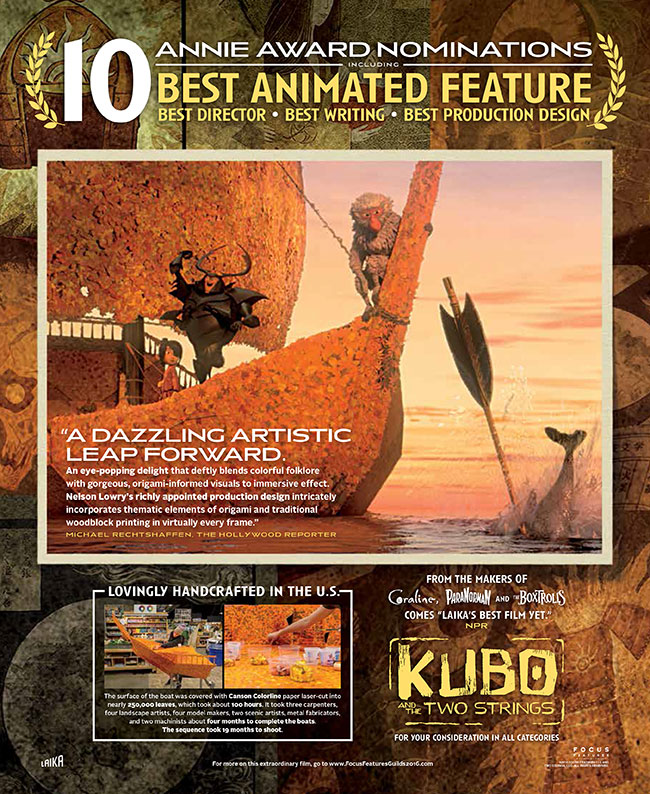 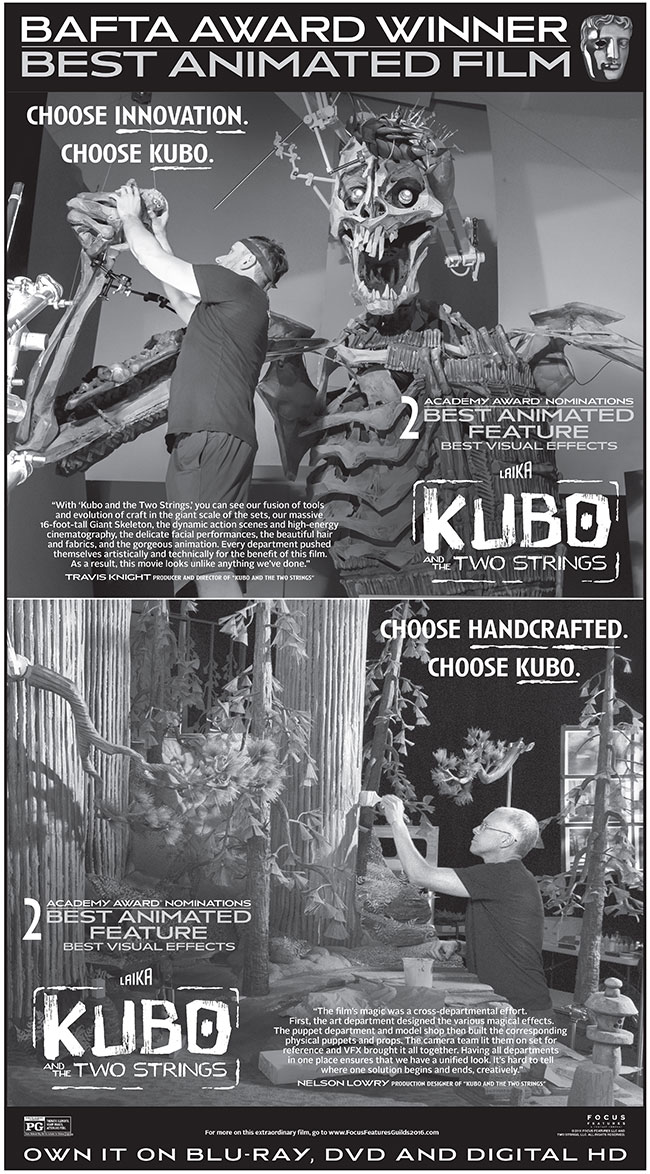 Our assignment was to create an awards season campaign for the film "Kubo and the Two Strings." "Kubo" is the fourth feature film from LAIKA studios and its most expansive film yet, as they continue to push the boundaries of a 100-year-old art form by marrying it with state-of-the-art visual effects and technology.

THAcreate worked closely with our clients at Focus Features to create a message that highlighted the film's amazing handcraftsmanship as well as its extraordinary innovation. The campaign included trade ads, newspaper ads and outdoor, and on-site displays/signage for the LAIKA exhibit at Universal Studios.

The campaign helped the film garner many awards including the BAFTA for Best Animated Film. "Kubo" was also nominated for the Academy Award® for Best Animated Feature Film and Best Visual Effects, becoming the second animated film in history to be nominated in the latter category following "The Nightmare Before Christmas" (1993).