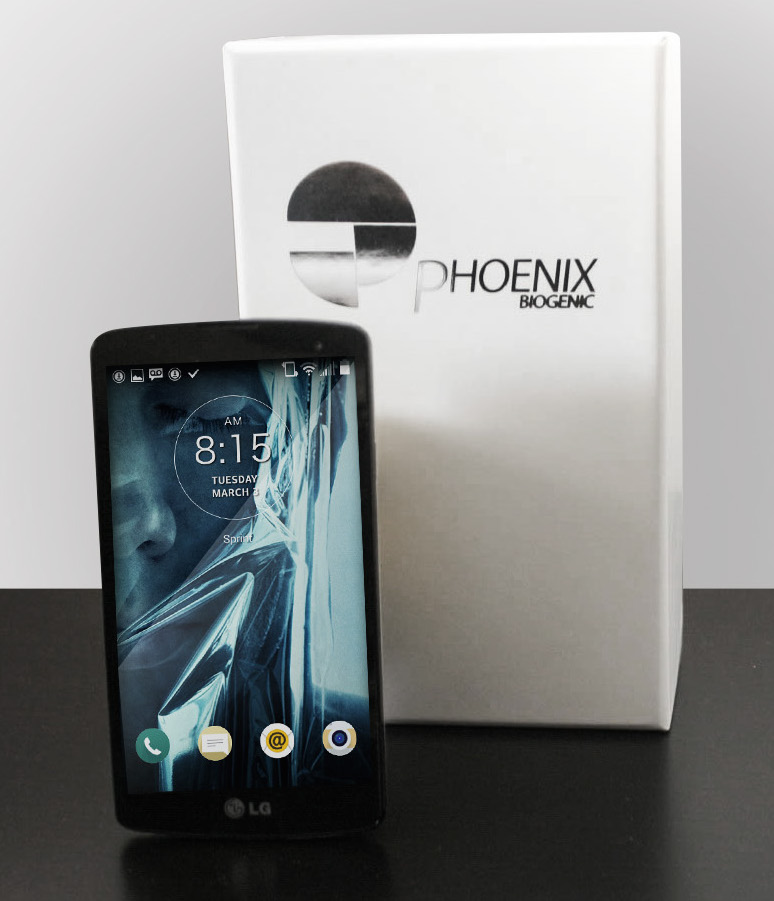 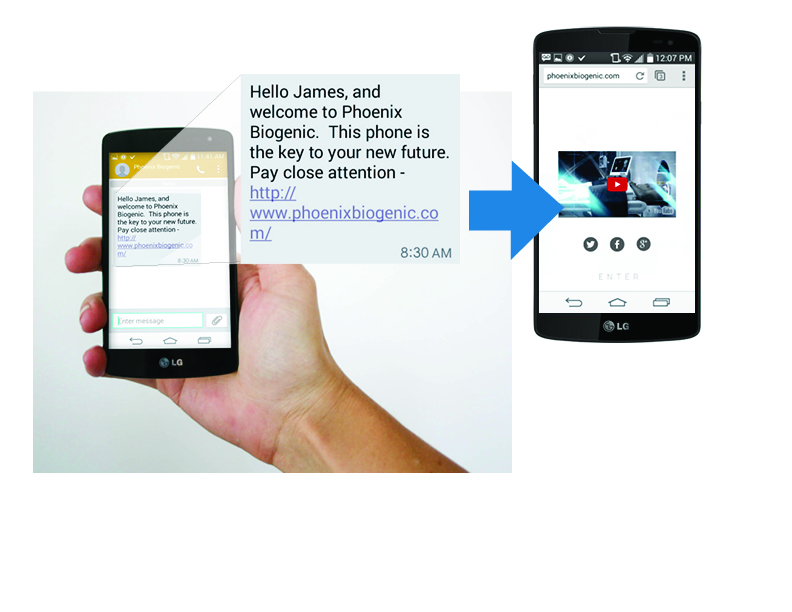 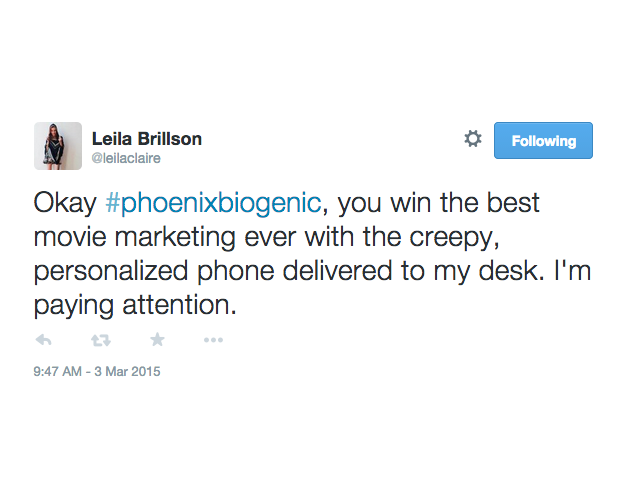 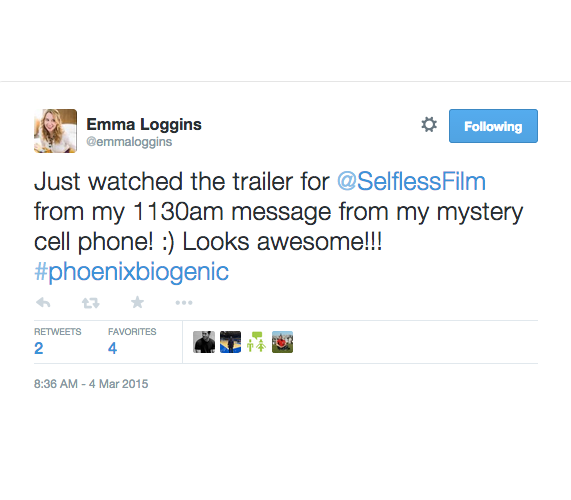 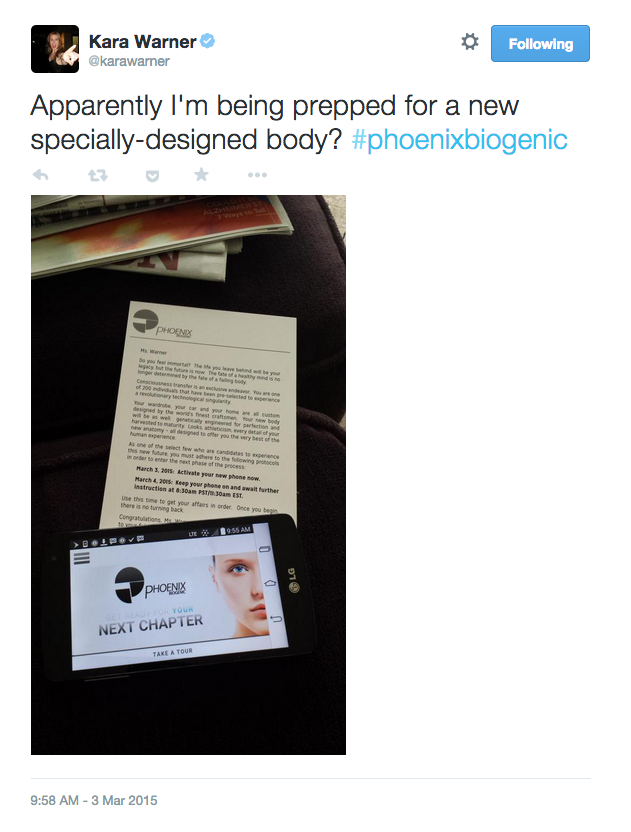 In order to build buzz around the trailer premiere for its new film Self/Less, Focus Features tasked THA with managing the production and delivery of a unique mailer for 200 influencers across the country. Each influencer would receive a box containing an LG smartphone, which had one month of cellular service and was preloaded with exclusive images. To increase the mystery surrounding these surprise deliveries, we designed the packages to look as if they came from Phoenix Biogenic, the film's fictional corporation that specializes in the process of “shedding”—transferring the consciousness from a failing body into a younger, healthier one. The influencers were invited to participate in this exclusive and revolutionary endeavor, which was offered only to society’s top minds.

To re-create the sleek, futuristic look of Phoenix Biogenic, we worked with a local manufacturer to create custom-designed boxes that featured the company’s logo with a spot varnish. Prior to the deliveries, THA activated all 200 phones and loaded them with content from the movie, including a sneak peek into the Phoenix Biogenic lab and a Self/Less webpage. Each phone was assigned to an influencer and packaged with a personalized letter from Dr. Albright, the film’s antagonist.

On March 3, the phones were delivered to all influencers, either by local delivery in Los Angeles and New York, or via FedEx in all other locations across the country. The influencers then received text messages containing a teaser video for Phoenix Biogenic, as well as instructions to be by their phone at 8:30 the following morning. Influencers responded enthusiastically across social media as they received the phones and subsequent texts. One recipient tweeted, “Okay #PhoenixBiogenic, you win the best movie marketing ever with the creepy, personalized phone delivered to my desk. I’m paying attention.” Their followers joined the conversation as well, speculating about the meaning behind the cryptic messages. The stage was set, with anticipation for the big reveal at a high. On the morning of March 4, THA texted each phone directing recipients to https://www.outlive.life, where they were able watch the Self/Less trailer.

The recipients of the mailers are some of the most influential figures in movie and pop culture, from film critics and movie bloggers to talk show hosts. In response to the trailer debut, one influencer texted back and reported, “Because of all this, I had a crowd gathered around me to see what it was and everyone was blown away.” Influencers shared their experience via their respective media outlets, ultimately increasing the buzz and excitement for the July 10 theatrical release of Self/Less.